prevent the loss of species

The world must act now to prevent the rapid loss of animal and plant species that allow humans to exist, warned the UN at the beginning of the United Nation’s Convention on Biological Diversity (CBD) today.

“The time to act is now and the place to act is here,” CBD executive secretary Ahmed Djoghlaf said as the meeting opened, describing the 12-day event as a “defining moment” in the history of mankind. “Business as usual is no more an option when it comes to life on Earth.”

Delegates were told that the impact of expanding human population is destroying ecosystems such as tropical forests and coral reefs, killing off animal and plant species that form the ecostystem which humanity depends on. The Earth’s 6.8 billion humans are effectively living 50 percent beyond the planet’s biocapacity in 2007, according to a new assessment by WWF that said by 2030 humans will require the resources of two Earths.

At the start of the decade, UN members pledged under the Millennium Development Goals to achieve “a significant reduction” in the rate of wildlife loss by this year, the International Year of Biodiversity. Instead, habitat destruction has run rampant. Nearly a quarter of mammals, one third of amphibians, more than one in eight birds, and more than a fifth of plant species now face the threat of extinction, said the International Union for Conservation of Nature (IUCN).

The CBD entered into force in December of 1993 with these 3 main objectives:

Delegates in Nagoya plan to set a new target for 2020 for curbing species loss, and will discuss boosting medium-term financial help for poor countries to help them protect their wildlife and habitats. 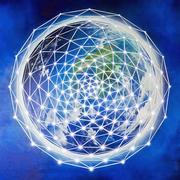